Information COVID19
Jonathan’s has been serving the public for over 43 years.  We thank all of our loyal dinner guests, private event guests, and concert guests for choosing to spend time with us over these years.

As a restaurant that serves the public, we have always had a strong emphasis on cleanliness and food safety. These themes are central to all that our team does and have played a role in nearly every decision we make.

In response to the Coronavirus pandemic, we will continue to operate strictly by the US Food code as we always have.

Our seat maps for June 2020 events will now feature a maximum capacity of 50 seats per show and all placed for social distancing requirements, at least six feet in between each table.

We are working through all current mandates from the State of Maine.  If you have tickets to an upcoming show, we will most likely be making some adjustments.  We will be in touch!

Our guest's and employee's safety is our number one priority.  We are working hard to ensure we exceed all expectations with sanitation, cleanliness and comfort. 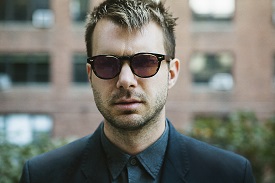 
A native of Bangor, Maine, Day began playing piano at age five and guitar at age 12. By 15, he was writing his own songs and performing across New England. Shortly after graduating high school, Day became a fixture at college coffeehouses across the U.S. He wrote, financed and released his first effort, Australia, which was named Best Debut Album at the 2001 Boston Music Awards. The Boston Globe called Day “gorgeously seasoned, far beyond his years” with “a brave, beautiful singing voice.”


Howie Day’s emotionally resonant lyrics and inventive melodies have earned him both critical praise and a legion of devoted fans. He is known for his energetic, heartfelt shows, where he connects with audiences through the strength of his songwriting and his quirky sense of humor.