For most of our shows, Jonathan's offers three different types of tickets:

1. Premiere Section (yellow:) Includes premium area seating, the standard ticket price, a show credit & a dinner voucher for $25 to be used in our downstairs dining room before the show.

2. Show Plus Section (blue:) Includes the standard ticket price and a show credit which includes a choice of either dessert & coffee upstairs before the show or an alcoholic beverage coupon to be used upstairs for the show.

All types of tickets will have an additional ticketing/ service fee.


Make sure you make your dinner reservations in advance! 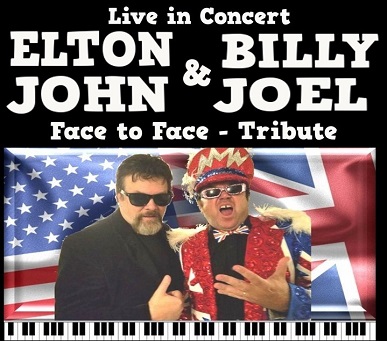 American Elton aka Bill Connors has portrayed the Rocket Man from Hawaii to England, San Francisco to Florida. Featured on America’s Got Talent and currently in ‘ the Greatest Piano Men’ show in Vegas , he also performed Lucy in the Sky at the official Liverpool celebration of Sgt.Peppers 50th anniversary.  In over 3000 performances as Captain Fantastic he’s won several ‘ Best Of’ awards . Dazzling world-class costumes, an uncanny resemblance to the Pinball Wizard and an attention to detail all help American Elton brings these incredible songs to life.